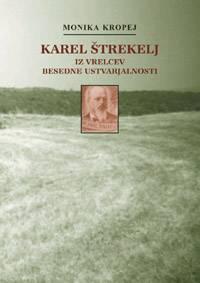 
Living at the bridging time between the 19th and 20th century, at the time of the Secession and modern times, Karel Štrekelj, the well-known Slovenian philologist contributed greatly to the development and disciplinary foundation of Slovenian ethnology and Slavic linguistic studies. He contributed the fundamental edition of Slovenian Folk Songs and built, together with Matija Murko the scientific basis for the Slovenian ethnology. Štrekelj also deserves credits for his work on history of Slovene grammar, dialectology, etymology, comparative linguistics and Slovene spelling. In the book his work is exposed as well by material and letters, preserved in Slovene, Austrian and other Archives: there are many Štrekelj’s handwritings and those of the collectors, who helped him to gather folk songs and tales, proverbs, riddles, invocations and other samples of folk tradition.