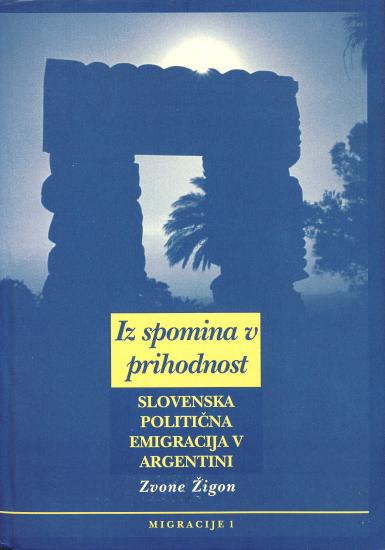 
The Slovenian political emigration has until now not been dealt with as a subject of politological scientific research. In the last ten years, the Slovenian attainment of independence and political pluralisation have caused processes of redefining of the identity of the mentioned community, which is for the contemporary Slovenian politology certainly an interesting and above all new phenomena. According to the subject and the approach certainly specific is the dealing with the problems of the relations between politicality and ethnicity.
The methodological introduction is followed by an abbreviated theoretical part in which the basic notions, needed for further understanding, are enlightened. The chapter on religious identity indicates one of the very important and for the Slovenian political emigration typical elements. The descriptive historical analysis is followed by the central part. The theme is “sensed” through reading the interviews, noted in the supplement, of which the purpose is not only to document the research but as well to draw near the mode of sensation of members of the target population to the external observers.