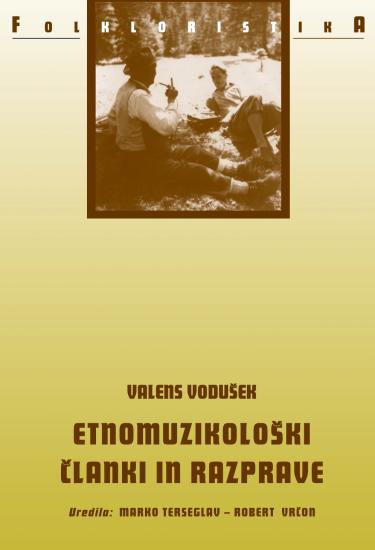 
A series of academic papers written by the prominent Slovenian ethnomusicologist Valens Vodušek was the first publication in the Folkloristika (Folkloristics) Series established by ZRC Publishing in 2003. These papers are the foundations of contemporary folkloristic research in Slovenia. Valens Vodušek, Head of the Institute of Ethnomusicology of the SRC SASA from 1955 to 1982, had extremely broad horizons both as a researcher as well as a human being. The collection of his papers gives insight into his lucid ethnomusicological thought which will continue to bring to light the originality of the Slovenian folk song tradition.