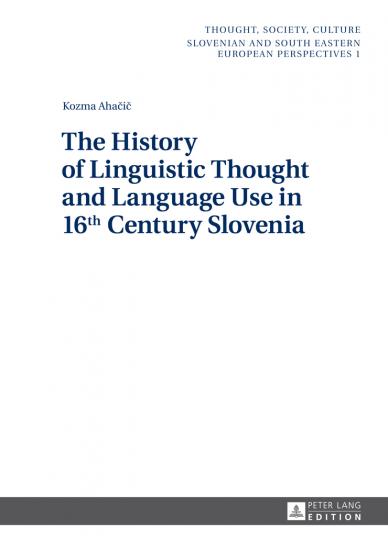 
This book is the first work on this topic to have been published in English and is thus brought before the international public. A preliminary sociolinguistic survey of the major issues concerning language use in 16th century Slovenia is followed by the central section – an analysis of Adam Bohorič’s pioneering grammar of Slovenian (1584) that establishes its position in the framework of contemporary European linguistics. Other subjects include the four-language grammatical appendix to Hieronymus Megiser’s dictionary (1592), the linguistic work of the German writer and teacher Nicodemus Frischlin during his stay in Slovenia, and the language issues addressed in the writings of various Slovenian Protestant writers.