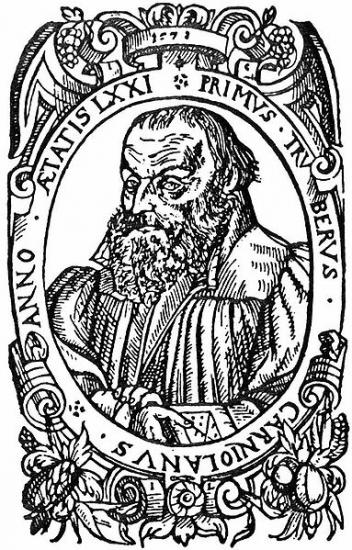 
By discovering new primary sources and reinterpreting the already familiar ones, historian Boris Golec has brought to the surface a whole series of new basic data on the father of Slovenian book: when and where Trubar was born, when and why he changed his family name from Malnar to Trubar, where he might pursue education, and many other similar details. The monograph combines Golec’s hitherto studies on Trubar into five chapters. The first one focuses on Trubar’s basic biographical data, completed and corrected in light on the latest findings enabled by long-inaccessible and unknown sources. Other four chapters, too, are largely based on ignored and hitherto unknown data from sources. They elucidate the origin, recording and etymology of Trubar’s family name, his early education, contemporary accounts on his life and work before he became a Protestant priest, as well as an urban component of Trubar’s kin and its role in his life.

With this book, Golec, a historian of the modern Slovenes, an authority on the history of the Slovenes in the Modern Period, has thus contributed to literary and cultural history a multitude of new, vividly described aspects of Trubar’s life which would hardly be discovered, recognised and presented by a literary historian.