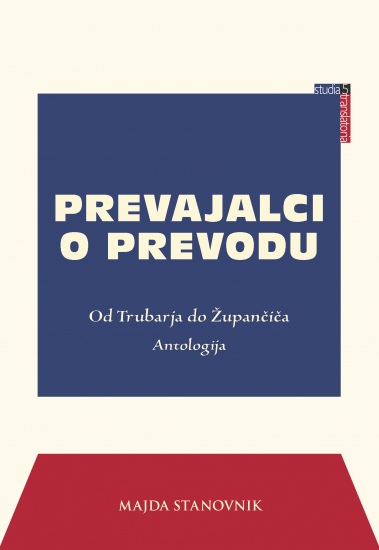 
The anthology presents a selection of writings on Slovene translation from the sixteenth century to the first decades of the twentieth century. The texts are ordered chronologically and arranged in four sections with different prevailing perspectives on what, why and how one should translate or indeed not translate into Slovene. From the time of Reformation, when an imposing corpus of religious texts in Slovene translation was formed, through the periods of Enlightenment and Romanticism up to the eve of the Second World War, translation was always an important, and often central, element of the Slovene cultural history.