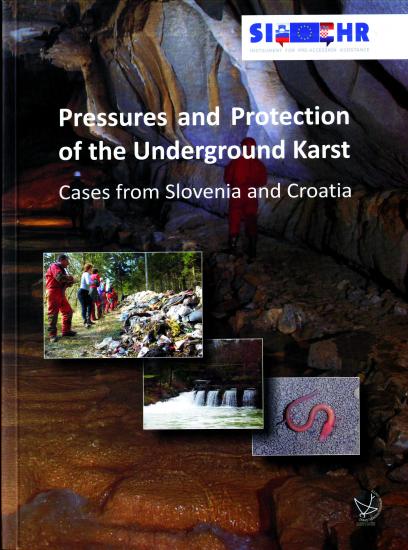 
In publication we have attempted to collect together part of the work carried out over the last few decades by Slovene and Croatian researchers in the field of karst underground protection. The range of topics is by no means all-encompassing, but it does represent a varied selection of subjects from the field of karst underground protection in Slovenia and Croatia. Our aim has been to bring together a representative selection of existing knowledge, to evaluate it and compare it with the findings of other research, and to present the contents in an accessible manner to the broad circle of people who are indirectly involved in karst underground protection. By combing findings from the fields of speleology, hydrology and biospeleology in a single publication, we have endeavoured to go beyond the increasingly rigid division into individual fields of expertise and present the different aspects using a common denominator – that of karst underground protection. The karst underground is both the habitat of animals that live underground and an important source of drinking water. Caves contain important information on the palaeogeographic development of the underground and the surface, and also on climate change, and are an important economic category in the sense that some are used as show caves. At the same time they are usually extremely vulnerable, which greatly increases the need for strict protection

Something that is frequently a secondary or even principal objective of the researchers who are directly involved with caves.