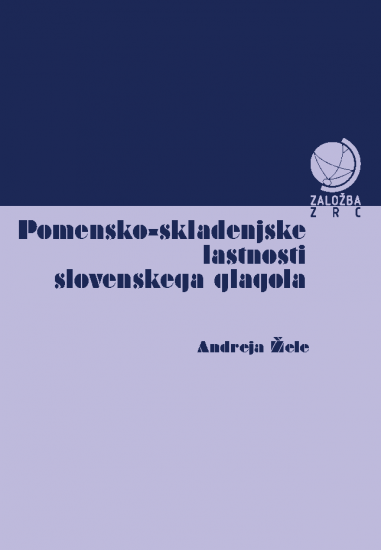 
The treatise consists of selected discussions on the Slovenian verb written in the last ten years, especially on the semantics (and the morphemics, which is related to it) and the syntax of the Slovenian verb. The studies have proved to combine the structural and functional aspects well, which offers, especially as far the verb as the central organisational unit of the syntactic meaning is concerned, the possibility to see the functional potential of the Slovenian language and syntax.