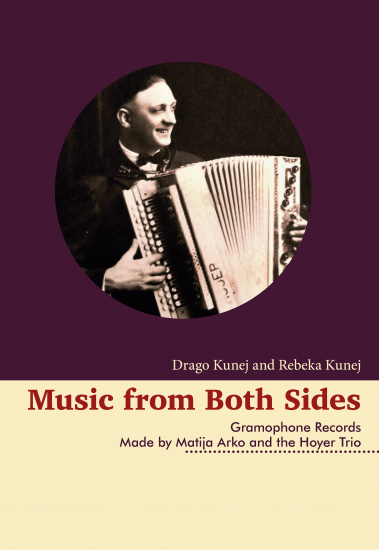 Music from Both Sides. Gramophone Records Made by Matija Arko and the Hoyer Trio


Matija (Matt) Arko, known to family and friends as Hojer (Hoyer), was born in Slovenia. He emigrated to the States as a teenager, bringing alongside his love for music and the accordion. Music became an important part of his life and his Hoyer instrumental trio became extremely popular amongst Slovenians as well as emigrants of other nationalities. By mixing elements of Slovenian traditional music and various popular American genres of the time, he created the foundations of the polka music, the appeal of which crossed ethnic boundaries and later on achieved general popularity. Most of Matija Arko’s tunes have been recorded on gramophone records, which give us insight into his musical activities and the history of Slovenian music in the USA. Very little is known in his homeland about Matija Arko, known in the States as Matt Hoyer, and his musical endeavours. This publication is English translation of the Slovenian edition, aims to shed light on his activities and music.