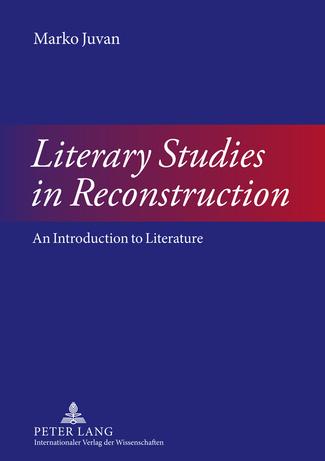 Literary Studies in Reconstruction. An Introduction to Literature


The identity and relevance of literary studies require a conceptual and institutional reconstruction in response to the global reshaping and commodification of knowledge. The author thus proposes a theory of literary discourse and literary history that take into account literariness as an important socio-cultural phenomenon and revisits several critical concepts, such as world literature, literary text, genre, style, fiction, literary space, and cultural memory.

“Juvan's book is a lucid and thoughtful introduction to literary studies. Grounding his work in thorough knowledge of the history of the discipline and its current methodological concerns, Juvan helpfully reassembles a range of concepts central to the exploration and appreciation of literature. He does so fully aware of, and carefully responding to, the lessons of deconstruction and post-structuralism that have been urging us to rethink literariness, genre, style, and so many other mainstays of traditional literary studies.” (Galin Tihanov, University of Manchester)

Literary History between Narrative and Hypertext

The Structure of Literary Text and the Event of Meaning

The Text and Genre