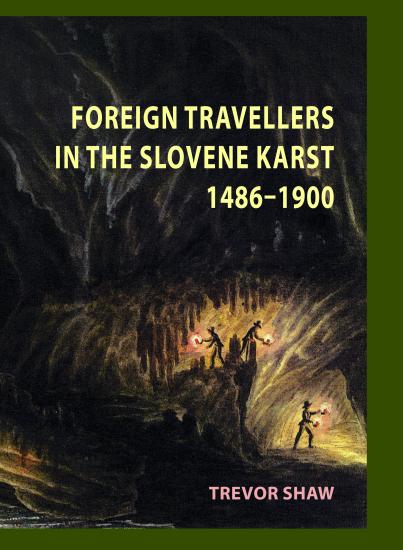 
This book is a new, reviewed, updated, and expanded edition of the book Foreign Travellers in the Slovene Karst 1537–1900 that was published in 2000 and was soon sold out. The author, who for the new edition has added documented descriptions of travels around Slovenia’s Kras region toward the end of the 15th century, a good fifty years earlier than in the first edition, set himself the task of collecting and presenting original descriptions of Slovenia’s caves and karst features as they were experienced and recorded by foreign travellers in Slovenia during several past centuries. The book contains descriptions by 128 travellers published mostly in little known publications and includes several that were newly discovered in manuscript collections. They are of special interest for historical research and learning about Slovenia’s karst and for the history of Slovenia in general.

TRAVELLING IN THE SLOVENE LANDS

CAVES AND OTHER KARST SITES