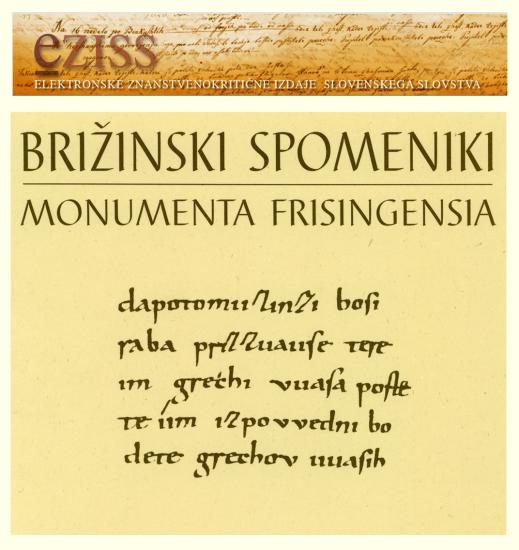 The first and the third manuscript are penitential forms, while the second is a sermon with an invitation to repent. They were most likely written closely before the year 1000. The manuscripts were used in Upper Carinthia, where the Freising diocese owned lands in the valley of the river Molna (Möll). The language of the Freising Manuscripts is early Slovenian. The contents of this edition are also presented in a way that is suitable for general and pedagogic use.

The present edition offers a historical overview of the most important scholarly editions of the Freising manuscripts. It contains several diplomatic, critical and phonetic transcriptions and translations of the manuscripts into Latin and five modern European languages. This edition also contains a series of studies and commentaries, a glossary of the words used in the manuscripts, a bibliography and other appendices. The electronic edition is also enriched with a spoken reconstruction in early Slovenian, integrated with the transcription of the manuscripts eg. in modern Slovenian.