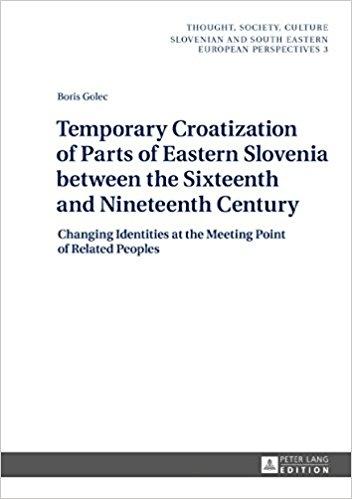 Temporary Croatization of Parts of Eastern Slovenia between the Sixteenth and Nineteenth Century. Changing Identities at the Meeting Point of Related Peoples


This book analyzes the reasons for the emergence and extinction of the Croatian name in four Slovene border regions. The author uses comparative methods and a broad spectrum of sources. In the early Modern Age, the Croatian name established itself in these areas as a temporary phenomenon, replacing the original Slovene name, which at that time had a “pre-national” content and was also used by a considerable portion of today’s Croats. Extending the use of the Croatian name to the Slovene border regions was a component of a broader and long-term process. The author explores how this process was triggered by tectonic geopolitical changes resulting from the Ottoman conquests in the Balkans and the Pannonian Basin.