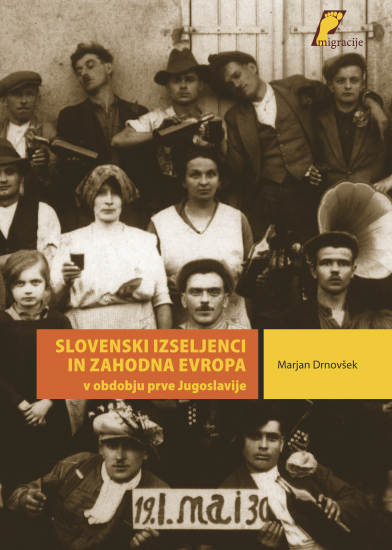 
The closing of the “Golden Gate” to the promised land, the United States of America, after the First World War triggered a new wave of migration to the developed countries of Europe, primarily France, Belgium, the Netherlands and Germany. This was the time of the first Yugoslavia, officially known as the Kingdom of Serbs, Croats and Slovenes. Part of these migrations included Slovene emigrants and their children. The interwar period was marked by a major economic crisis and intensified ideological and political pressures. The Catholic Church was a strong presence with regard to the emigrants. The book ('Slovene emigrants and Western Europe during the time of the first Yugoslavia') describes and analyses the emigrants’ everyday lives, the work of emigrant societies, the publication of emigrant newsletters, the work of emigrant teachers and priests, the work of consular offices, the organisation of contacts with the homeland, the organisation of children’s holiday camps, and the children’s pen-pal contacts all over the world. It discusses emigrant activities, the zeitgeist, creativity and contacts with the new environments. We also find numerous simple literary highlights in the emigrant contacts. Singing, acting and music were always and everywhere present among the emigrants, both during joyful celebrations and solemn occasions. The book gives us a deep insight into the world of the emigrants during the period between the two world wars.