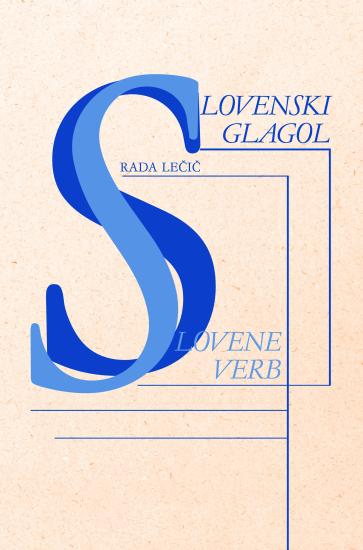 
The manual was written at the instigation of students of Slovene as a second/foreign language who wanted concrete examples of the most basic morphological characteristics of the Slovene verb gathered and classified in one book. The manual contains those forms of verbs which foreign users cannot find in the available bilingual dictionaries, and will therefore shorten and simplify the path to grammatical information needed for study or translation work. As the users will be of different ages and profiles, the presentations are short and clear, allowing the fastest and most systematic access to grammatical data.

The manual consists of two parts. The introductory theoretical part presents morphological characteristics of the verbs. The second part introduces a list of 2610 verbs which were chosen on the basis of the frequency. Basic morphological data as well as correct accents are provided for all the verbs. With foreign users often incapable of distinguishing between the infinitive and the present tense forms, a list of verbs where the present tense form is followed by the infinitive form has been added. This list is followed by a list of 191 irregular participles, and by a list of 405 most frequent verbs. Each list contains the English translation of the infinitives.

The manual is designed above all for foreign speakers (students of Slovene language at universities abroad, translators and interpreters, participants of the courses of the Slovene language in Slovenia, candidates taking exams in Slovene etc.).

Verbs according to endings in the present tense and the imperative

The infinitive, the present tense, the imperative, the -l participle

The present tense, the infinitive

The irregular participle, the infinitive