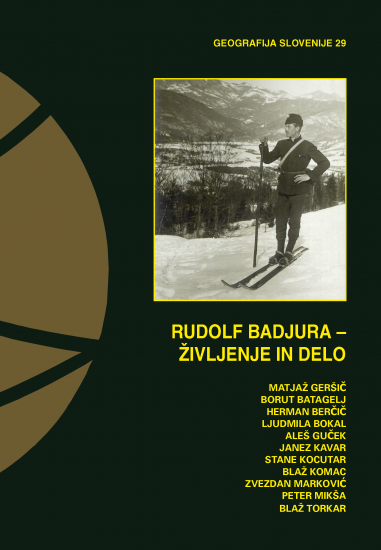 
The scientific monograph Rudolf Badjura – Life and Work was co-written by eleven experts from different fields, which shows that Rudolf Badjura was an extremely versatile person. He was born on 17th April 1881 in Litija. Between 1903 and 1905, after graduating from secondary school in Ljubljana, he performed military service in the infantry regiment of that time. In 1905 he attended a secondary school leaving examination course at the German trade academy in Prague, where he also joined the local mountaineering group. On his return to Ljubljana, he was first employed at the farmers' savings bank (“Kmetijska posojilnica”), and he later worked in the accountancy department of the wood dealer Hieng. Until his retirement, he was employed at the Carniola regional council. His work formed an integral part of his life, especially with regard to skiing and leisure activities in nature. In addition, he wrote tourist guides and collected folk terminology and geographical names, with particular focus on Slovene culture. Badjura's life was also heavily influenced by the first world war and his military career. His bibliographic opus consists of more than 60 units.