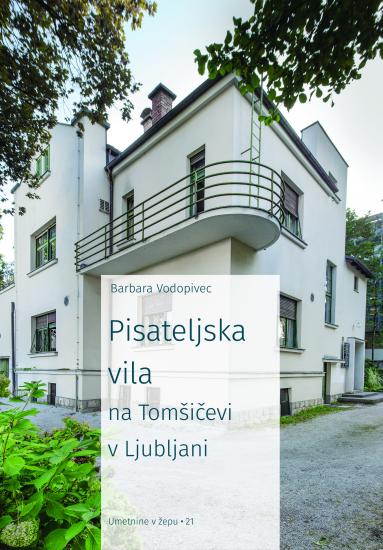 
Dr. Barbara Vodopivec, a colleague at the France Stele Institute of Art History ZRC SAZU, introduces to the readers of the booklet an important architectural monument from the end of the 19th century when Ljubljana was evolving into a flourishing business centre, and the Kranjska stavbna družba [the Carniola Building Society] was building comfortable villas with walled gardens on the outskirts of the old Ljubljana for the urban elite. At first, the families Češko and Ebenspanger lived in the villa, while after World War II, Boris Kidrič moved in, and after him, Boris Ziherl. In 1957 it was rented by the society Društvo slovenskih književnikov (later Slovene Writers’ Association), who bought the villa in 1987. The events in the villa were most characterised precisely by the writers gathering in the Društvo slovenskih pisateljev (Slovene Writers’ Association), Slovenian Association of Literary Translators, Slovene PEN Centre, and until recently, the renowned restaurant Pri Mikiju operated in the scope of the Klub kulturnih in znanstvenih delavcev [Society of Cultural and Scientific Workers]. The villa on Tomšičeva 12 made Slovenian history especially in the 1980s when writers zealously worked for the democratization of society and the independence of Slovenia.