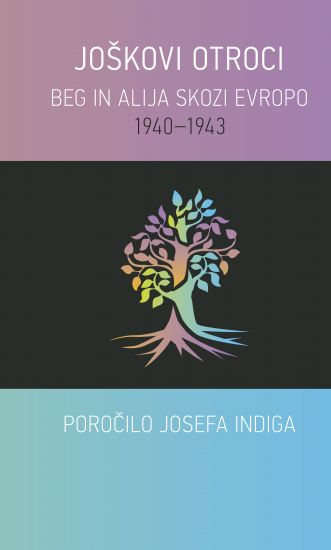 
The book is a translation of the German original entitled Joškos Kinder. Dlucht und Alija durch Europa (edited by Klaus Voigt, 2006). Josef (Joško) Indig (1917 - 1998) was, at the onstart of WWII, barely over 20, a Croat Jew and youth Zionist leader in the Youth Aliyah led by the famous Recha Freier. The children he was saving came from various countries of Central and Eastern Europe, no older than 18. Indig endavoured to get them to safety in Palestine since 1940; however, the travel that should lead them through Yugoslavia and Greece was much delayed. So much so that it lasted until 1943 when the children were finaly brought to safety in Switzerland. Soon after the war, Indig documented the very trying story in a German manuscript. Among other, Inding and the children were in hiding for an entire year in Lesno Brdo near Horjul in Slovenia, and from there, fled to Villa Emma in Nonantola in Italy. Therefore, this famed rescue story is known by the name The children of Villa Emma, although a its substantial part unfolded in Slovenia as well, and includes the story of the uniquely courageous deed of the Slovenian Righteous Among Nations, Uroš Žun, who saved a group of Joško’s children from being denied entry into Jugoslavia on the Slovenian border.