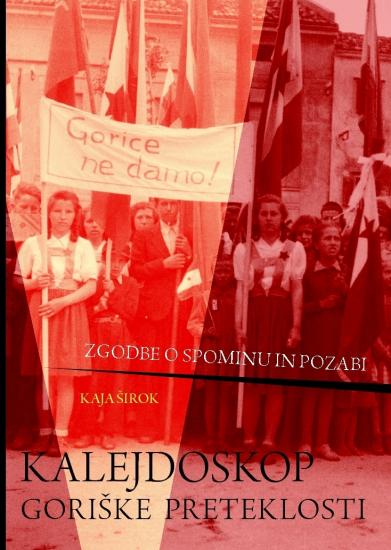 
Kalejdoskop goriške preteklosti, zgodbe o spominu in pozabi ('Kaleidoscope of the Past - Memories and Forgotten Stories from the Border') is a story about lives of the people living along the Slovenian-Italian border. In this area, the idea of the border is manifold, it is a state border, a territorial border, a temporal border between what had happened and the interpretations of past events today. The author discusses the divisive past and the seemingly uniting present permeating the area. She tells a story about the city Gorica, to which both Italians and Slovenians lay claims, a story about the struggle for redemption and freedom, about people who stroll along the same river, shop in the same shops and eat indulge similar cuisines. Still, they manage to retain a thin line of differentiation, a mentally construed abyss invariantly fortifying the distance. Since 2007, the border is visually gone yet it remains the criterion of spatial differentiation and identity formation, the founding stone of respective communities.

The author deals with the relationship between history and oral history, with the difference between individual and collective memory and shaping communities of memory. The communities are analysed in relation to contemporary media discourses along the border, through the investigation of national historical discourses and life stories of people living in the area. She tries to understand how the events that took place before the installment of the border influenced individual and community identity formation and how these experiences crystalised in memory narratives in commemoration practices along the border.