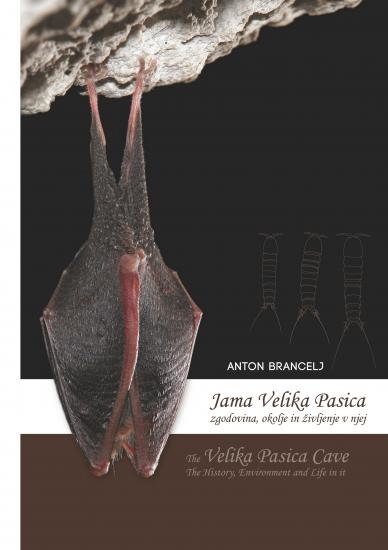 
This bilingual scientific monograph with many illustrations presents the Velika Pasica cave, located on the outskirts of the Gornji Ig village on the Krim massif, around 20 km south of Ljubljana, Slovenia. The book presents ecological, taxonomical and biodiversity studies, as well as morphological and historical facts referring to the cave. The cave is small for Slovenian standards, as it is only 105 metres long. On the basis of the specimens collected in the cave, 13 new species from terrestrial and aquatic habitats have been described so far. A considerable number, even on the global scale. The cave was first renowned for the rare cave-dwelling beetles, snails as well as other species. In 2000, a rich community of aquatic animals was discovered, which were not expected to be present there. Since 2006, there have been regular measurements of ecological parameters as well as sampling of fauna from four permanent drips. Fauna was washed-out from a thin layer of dolomite, from which the cave roof consists. The measurements include water and air temperature as well as discharge, measured in one hour intervals. Furthermore, 88 analyses of drip water and an equal number of fauna sampling were conducted. The measurements in the cave were being conducted simultaneously with the measurements of the meteorological parameters on the surface, in the immediate vicinity of the cave entrance.