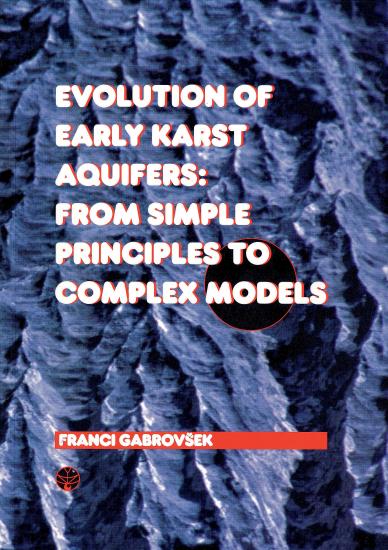 
The book presents the application of numerical modelling in study of early speleogenesis. First part discusses the evolution of a single fracture in various hydrological, geochemical and geological settings. Numerical results are compared to more general, analytical results. Understanding the evolution of a single fracture, serves as a basic block for the interpretation of more complex models, such as the models of confined and unconfined two dimensional fracture networks. These models are described in the second part of the book. The results support some of the conceptual speleogenetic models, and suggest new mechanisms which might be active in early speleogenesis.