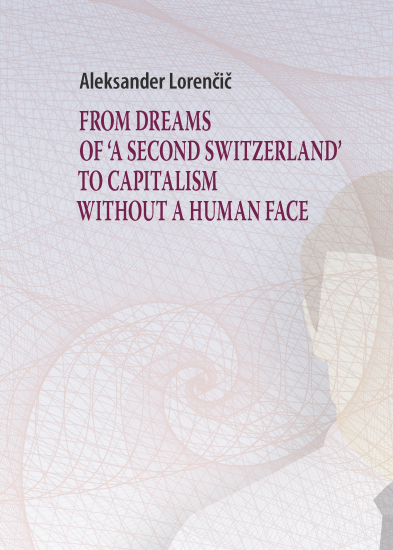 From Dreams Of 'A Second Switzerland' To Capitalism Without A Human Face. The Path of Economic Independence and Slovenian Economic Transition


Three decades of an independent state are certainly a long enough period to give an opinion on the transition process, which formally ended with the country’s accession to the EU, even from a historical point of view. Until its formal conclusion, the Slovenian economic transition was described primarily as a story of success, but the period after 2004 was marked by everything but positive opinions and assessments. The book discusses the central processes of economic transition, which changed Slovenia’s economic structure, strengthening and modernizing it to such an extent that the country was able to catch up with the developed world much more quickly. The aims of the author’s historical search and inquiry are the path to transition, Slovenia’s entry into various international integrations, macroeconomic stabilization, privatization, and economic restructuring. He also sheds light on the issue of regional development and identifies the reasons why the intended reduction of interregional disparities did not take place in the period under examination. Special attention is paid to economic crime, which caused enormous financial damage to citizens, companies, and the state as a whole. In a substantiated narrative, the author also presents the characteristics and achievements of the process of economic transformation in Croatia, Serbia, the Czech Republic, Hungary, and Poland.

FOREWORD
ECONOMIC HISTORIOGRAPHY ON THE FRINGES OF INTEREST
ECONOMIC CRISES: AN INTEGRAL PART OF THE ECONOMY
THE COMPLEXITY OF TRANSITION AND THE PERSPECTIVES ON IT

YUGOSLAVIA BECOMES AN OBSTACLE FOR DEVELOPMENT
Loans, building of houses and holiday cottage
Realization and implementation of major projects
A number of world-renowned brand
Unsuccessful extinguishing of fire
Formation of political space

PRIVATIZATION OF THE ECONOMY
The first condition for economic transformation
Housing and Denationalization Acts
The method of ownership transformation of companies
The Ownership Transformation of Companies Act (ZLPP) as a result of a compromise
Ownership certificates and authorized investment companies
Devaluation, sale and theft of socially-owned property in the period 1990–1992
Establishment and development of entrepreneurship in a new image
Bankruptcies or where did all the factories go?
The course and completion of the process of ownership transformation of companies and damage to socially-owned property after 1993
Ownership structure: from a promising start to increasing concentration
Workers’ management as an alternative?
Comparison and privatization experience in selected transition countries

RESTRUCTURING OF THE ECONOMY
A process taking a decade or more
Changes in the structure of value added by activities, ownership and size structure of companies
Restructuring policy and the role of the state after independence
Economic crime in the period 1990–2004
‘National interest’ or fear of foreign investment
UNSUCCESSFUL EFFORTS FOR A MORE COHERENT REGIONAL DEVELOPMENT
SUMMARY
LITERATURE AND SOURCES