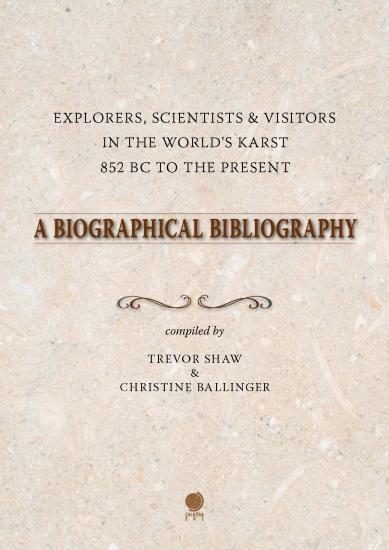 A Biographical Bibliography. Explorers, Scientists & Visitors In the World's Karst 852 BC to the Present


This is a very dull book. Like a dictionary, it contains only facts: facts that are not readily to be found elsewhere. People who are important in the study of caves and karst are known for what they did, what they wrote and whom they influenced. But as individuals they are often no more than a name. They may perhaps be recognized for other aspects, as a King perhaps, or a novelist or a famous doctor. Some, like Darwin or Freud, have changed the world in other ways; but very many had only normal quiet lives during which they also explored, studied or wrote about caves. It is they whose wider lives are difficult to trace and it is 4634 of them who are recorded here, with information from birth certificates, obituaries, unpublished letters and mentions by other people. It is their wider lives that help to show them as real people. In some cases their interest in caves was a part of their professional lives. In many others it provides stimulation and relaxation in otherwise busy lives. But in every case it was the same person and the same brain that enjoyed both; and it was both that made them the people they were. It is only from the biographical sources recorded here, that each person can be understood.